A service linking Les Pâquis to Eaux-Vives had been created previously, in 1825, by Edward Church, a businessman and United States consul in France. A paddleboat powered by horses turning around on the bridge was operated but only for a short time, due to its slowness and noise.

In 1858, the harbour was served by riverboats, intended solely for leisure.

In 1991, the company was bought by the Charrière family.

The Mouettes shuttle boats have been sailing all year round since 2004.

The new De-Chateaubriand landing stage (located near the street of the same name overlooking Quai Wilson/rive droite) has been in service since 2010. It replaced the old landing stage at the Perle du Lac that was not as well connected to Geneva public transport routes and inaccessible to people with reduced mobility. 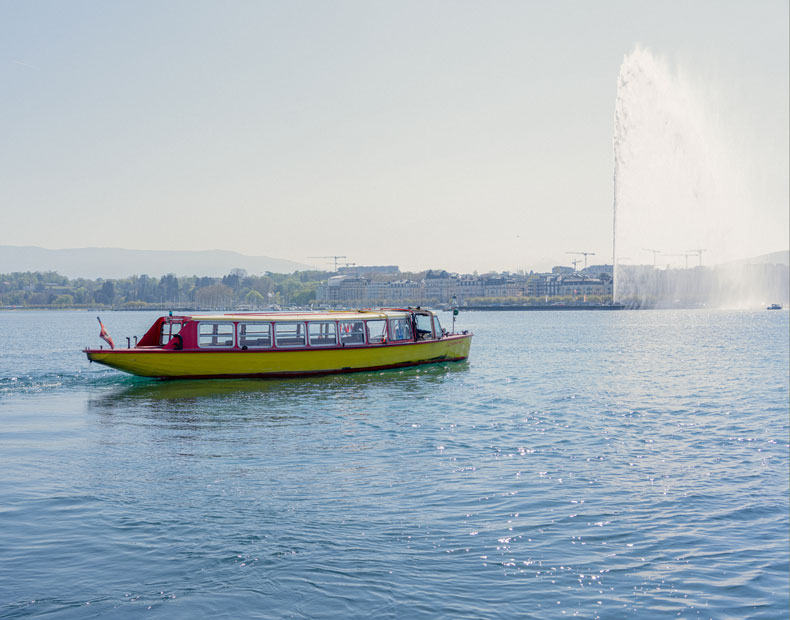 Evolution of the fleet
As the development of new lines is not envisaged, Mouettes genevoises SA is looking into the construction of new and more modern boats. Projets are currently under study with the collaboration of the State of Geneva.

L’Impératrice des Mouettes’ (The Empress of the Mouettes) is an album produced for the 111th anniversary of the Compagnie de Navigation des Mouettes genevoises. It is the first full story, in 36 pages, produced by BD-Force and BOU for a company. Drawn by David and based on a script by Georges Pop, with the participation of Christina Kitsos, ’L’Impératrice des Mouettes’ has as its main settings the city of Geneva and the island of Corfu. Young Basil, an apprentice on the Mouettes, accidentally discovers a half-torn photo.

This is the starting point for an eventful quest which reveals a hidden episode in the life of Empress Elisabeth of Austria, aka Sissi, murdered by a lunatic in Geneva at the end of the 19th century. The album, which allows people to discover the Mouettes genevoises through a fictional story, was presented to the press on 27 June 2008, at the headquarters of the GHI newspaper in Geneva.